I know Hened’s face. She’s looking at me: her eyes like pickled eggs, her pointy nose and thinning eyebrows magnified and hazed by the thumb marks on her eyeglasses. Hened’s second name is May. She is Egyptian. She is Lebanese. She is my grandaunt, the youngest and only surviving sibling of a family of four. She is eighty-five.

I’m sitting next to her in the kitchen of my parent’s apartment. Her hands rest on the table next to a book with the word Valley in its title, a steaming cup of coffee she isn’t drinking, and a blank notepad. Her tiny face is rested, satisfied. My face is rounder than hers. I tell Hened, "It's been a long time." She doesn't answer.

I saw Hened on a family trip, in Venice, a few years ago. She had joined us from Cairo though her arthritis was so severe that she could hardly walk. When she did, she would stop on San Marco square and feed pigeons the left over of her breakfast toast until her head and her shoulders were feathered with dozens of the city’s “winged rodents”, as my father calls them. One day, on a boat ride back to our hotel, a distant aunt told me Hened was ugly. Laide is the word she used. It was raining when she used that word. We were sitting inside, on a boat, sheltered by a wooden roof that opened on the stern. The sea was battering the boat like a vintage watercolor of a ship with swelling sails. I could tell that the woman’s judgment was not aesthetic; it applied to Hened’s aura, to what was beyond her shoulders.

I keep hearing rumors about Hened: she is selfish, she is a liar. Rumors are mediated knowledge. Hened’s knowledge is in her body, her elbows, her hair when it falls on the kitchen floor. She often lectures me on ancient Egyptian history while standing at my bedroom’s door, never entering the room . She goes on and on about Ma’at, the Egyptian goddess of truth and harmony who weighed the heart of the diseased before they left the underworld. If their heart – which was also their soul – was lighter or equal in weight to Ma’at’s feather, the deceased would go on to Aaru, a reed valley, the Egyptian paradise. Like Ma’at, Hened wears a colored feather in her bun. When she worked at the National Museum, Hened spent her days scrutinizing sculptures of Ma’at’s, writing wordy papers on the length of her arms, the details in her fabrication, the missing sign in a litany of signs.

“After my operation, I looked exactly like Ma’at!” she once said. Since her operation, Hened has been living in my father’s apartment where she keeps her fallen teeth in a canister previously filled with strawberry chewing gum. Each tooth is rolled in a half of a tissue. “That’s how they do it at the museum,” she says. She stores the container in my brother’s bathroom, in a cabinet next to expired face soap, Tin Tin comics, and vaginal lubricant. I don’t mind her using my brother’s bathroom. He doesn’t live here and neither do I. I’m only visiting for the weekend.

“Why don’t you visit more often?” Hened asks, flipping through the Valley book.

“What are you reading?” I reply, dodging her question.

“When we were kids, my cousin Fouad used to take us for truck rides. I loved sitting in the back and watching the road unfurl. One day, Fouad ventured out into a valley and took a different route.” She pauses for a few breaths, sipping the dregs of her lukewarm coffee.

“Do you think it is possible to reach the same place if you take two different paths? That day Fouad picked us up, my sister and I, we took a different route...”

Hened’s sister, Olga, who is also my grandmother, died when I was a child. Twenty year later, Elina, my sister, died while I was waiting to catch a flight in Rome. The airport’s flooring was made of tiny little mosaics, blue and orange, laced and looped into sprawling psychedelic shapes. I was staring at the floor, absorbed by its patterns,  when I received a phone call. I remember how my mind went blank when my father told me that my sister had died. After we hung up, my body collapsed on the colored twirls, unable to stand up for hours, maybe days.

A year later, my aunts redecorated my parent’s apartment to help them “move on.” They insisted on removing my father’s medal collection from the foyer. “It’s ostentatious, mauvais goût,” they had said. Furniture arrangement should be elegant, seamless. Efforts are vulgar.

Hened doesn’t care much about interior decoration. She lives with dust when it covers objects and becomes an object itself. She cares for it as if it were a pet. Hened is the last family member of my grandmother’s generation. She speaks French because, she says, digressions are rare in English and few people understand Egyptian in Lebanon besides Mustafa, the caretaker. Hened enjoys Mustafa’s company because he speaks Egyptian. The other day, they bought socks together.

“Quand tu viendras au Caire, Je t'emmènerais au musée,” says Hened, opening the Valley book on a folded page. She reads: “To reach Megiddo there are two possible paths. The army leaders pleaded with the king not to take the difficult road. Instead, Thutmose III decided to take the direct path to Megiddo. He believed that if his generals advised him to take the easy route, then his enemy would assume he would do so, so he decided to do the unexpected.”

Closing the book, she adds, “Thutmose III took the direct path and won the battle.”

Is Hened laide like the woman on the boat in Venice said she was? How laide is she? I want to know what happened in Megiddo and leave the Valley on the kitchen table to collect dust until someone stumbles upon it in a film set or in an art deco villa in Heliopolis, the city where Hened grew up.

I grew up in the outskirts of Beirut, on a forested hill. When I was a child, I cried at night. My parents suspected something was wrong with my ears; they were huge. To make me stop crying, they saddled me to my baby seat and drove the city’s winding streets in my father’s grey Datsun. I can’t tell if it was the purring sound of the engine, the cityscape, or the pine trees flanking the roads that made me stop crying. I feel my ears. The helix is a bushy plain. Rivers flow down the concha.

“Remember when I was a kid and you came to visit us? You went for a walk in the pine forest est...”

“I can’t remember what route Fouad took us on, and whether he circumvented the valley or not.”

The person on the boat in Venice told me that Hened was laide because she missed her sister’s funeral. When Olga died, neither Hened nor May showed up. May says she didn’t show up because she was sick. Hened doesn’t have much to say about her sister’s death. She stands up from her chair and walks toward my brother’s bathroom. I follow her and tell her to be careful because the floor is damp. She looks at herself in the bathroom mirror. She lifts her blouse and stares at her ragged, emptied out breasts. Exhaling, she exclaims, “I look exactly like Ma’at!”

Admiring her breasts is a habit Hened has developed since the operation. She talks to her body when she feels assaulted, when too many voices coalesce around her. I ask Hened if she has ever been to Venice. She answers that she has been to Rome, for a few hours, on a layover.

Hened is now walking towards the entrance door. Her bony ribs protrude under her silk blouse, and her pants are too large to tell whether she walks carried by legs or Ma’at’s spirit. She opens the door, walks down the entrance stairs, down the slanted road and toward the valley.

Mirene Arsanios is a writer based in Beirut. She edits the bilingual magazine Makhzin and is the co-founder of 98weeks research project.

Mirene Arsanios is a writer based in Beirut. She edits the bilingual magazine Makhzin and is the co-founder of 98weeks research project. 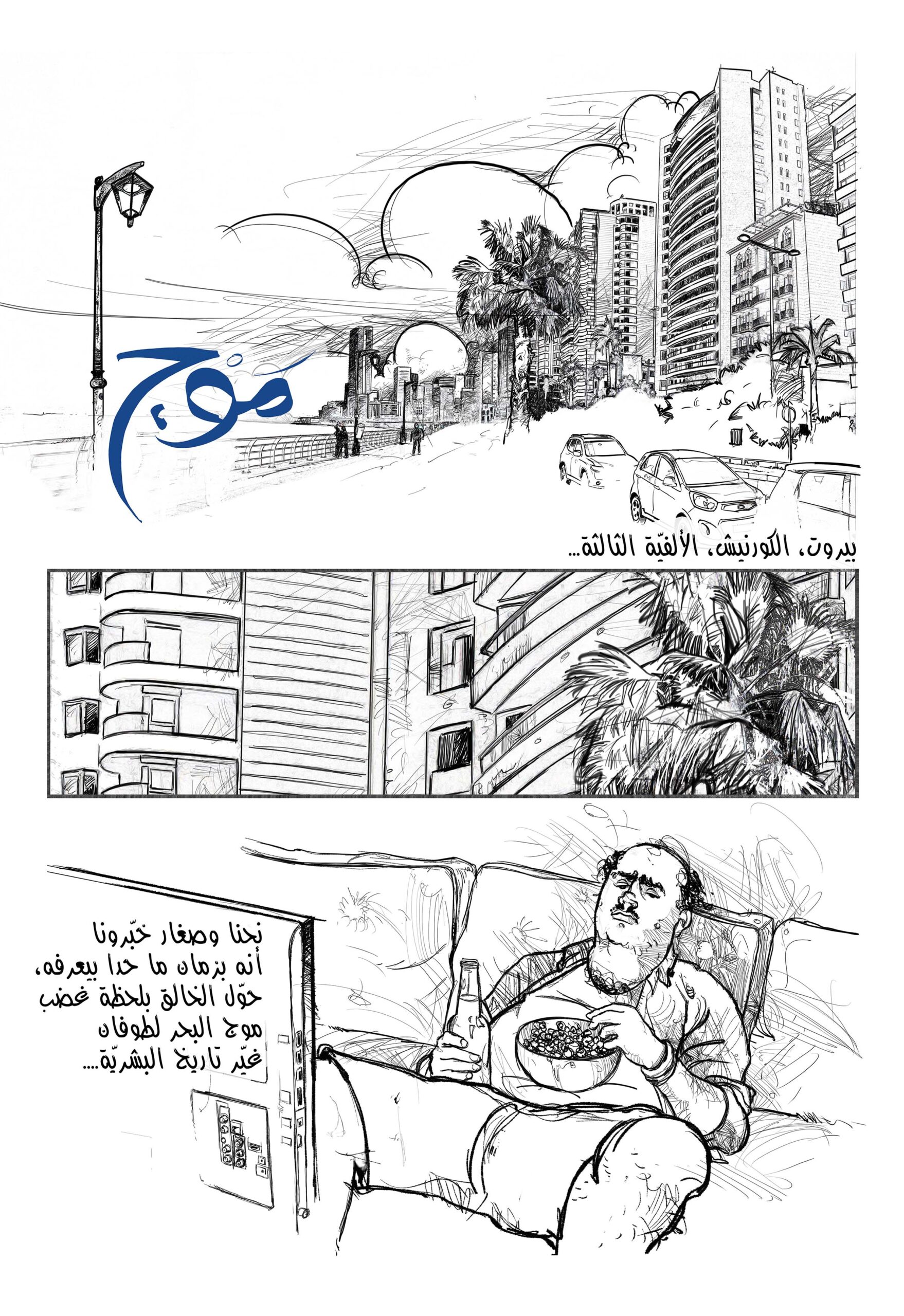 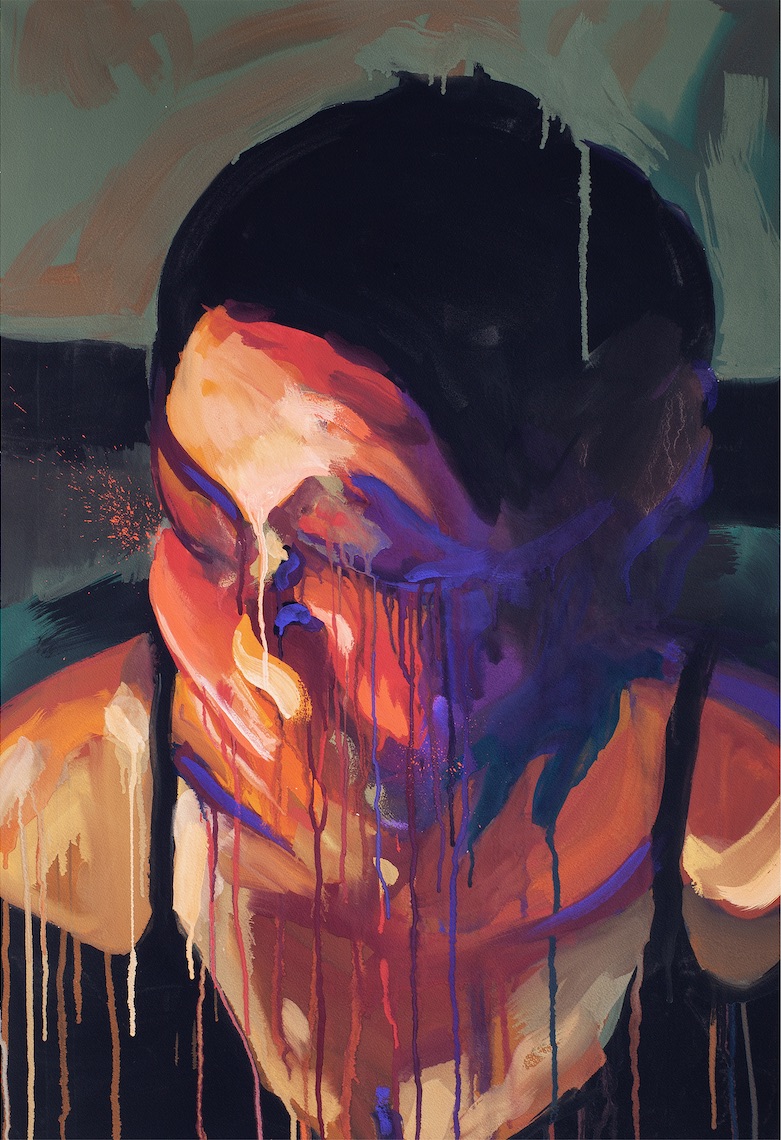 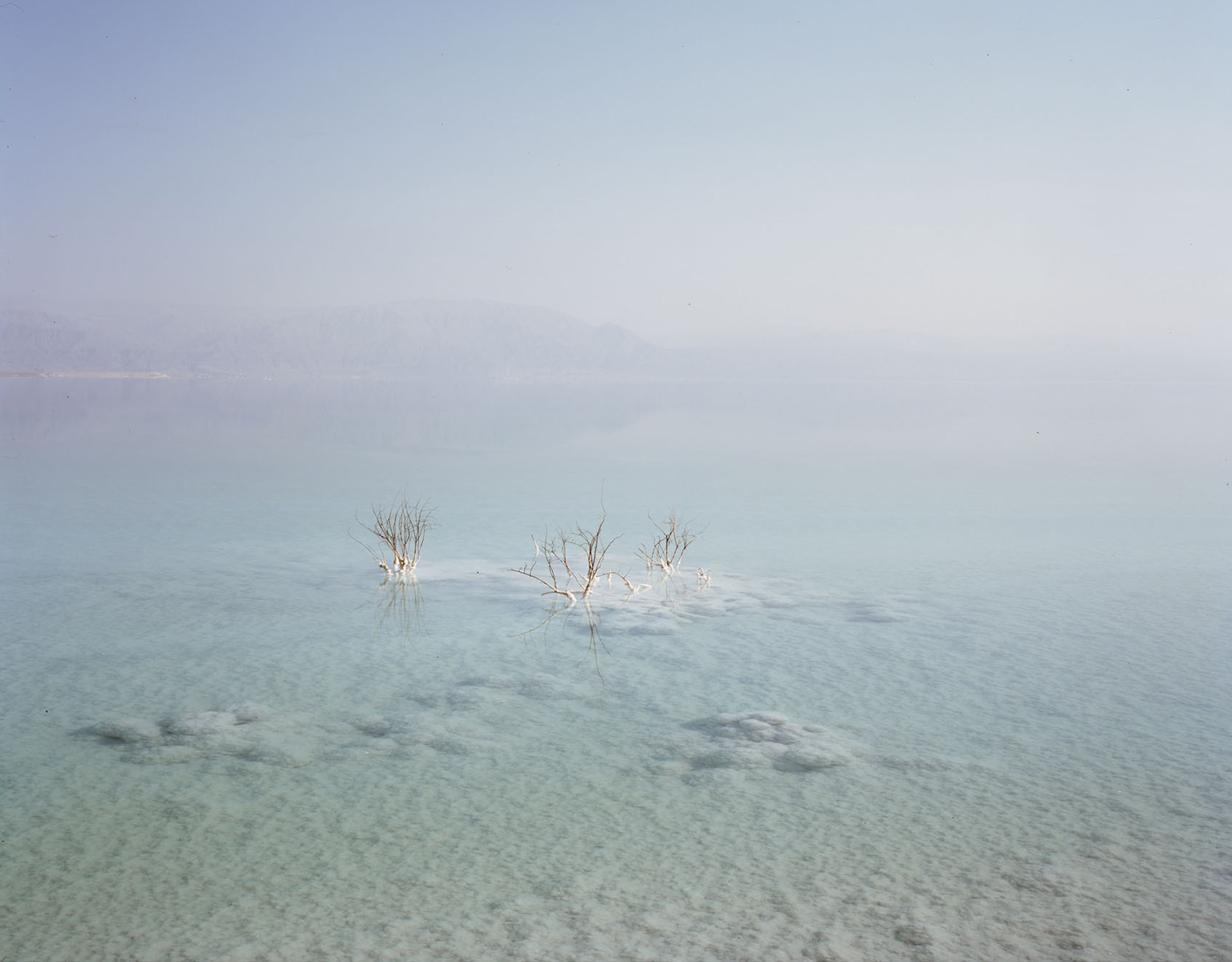