The Arab Council for the Social Sciences (ACSS) is pleased to be collaborating with Rusted Radishes: Beirut Literary and Art Journal on this publication produced by the ACSS working group on “Ethnography and Knowledge in the Arab Region.”

ACSS working groups aim at bringing together Arab scholars from the region and the diaspora, across generations, disciplines, geographies, and methodologies to explore themes and topics that open up new research agendas that help us better understand the Arab region. The working groups also encourage the design of innovative and diverse outputs targeting different audiences within the region and beyond.

The Ethnography and Knowledge Working Group was launched in 2019 aiming towards understanding how ethnography can counter dominant regimes of knowledge about the Arab countries and produce a more nuanced understanding of the Arab region today.

The “Ethnographic Diaries” is a true embodiment of ACSS’s mission as an institution.  This collaborative work did not only allow the researchers to network effectively and share academic knowledge, skills and experience, but it also encouraged interdisciplinary research and built a community of 12 researchers. The space thus created proved to be therapeutic for those involved, a space to work on their writing and reflect during turbulent and highly charged times.

This project reflects the importance of ethnography in our times as a writing style and a methodology that allows us to better analyze the knowledge transformations and to foresee a better future, especially during crises and uncertainty. The collaboration with Rusted Radishes provides a link to an audience other than social scientists. The times we live in requires conversations and debates that break and cross boundaries. We hope that this publication provides a step in that direction.

It has been over a year since Beirut’s port explosion.

The morning of August 4, 2020 started out as another day in the capital. We were oblivious to the catastrophe that would come to be.

Within a few months, the reverberations of this devastating event—coupled with the spread of a global pandemic, successive lockdowns and the collapse of the economy—amplified the overwhelming sense of a downfall and collapse. The haunting aftermath of Beirut’s explosion exacerbated people’s embitterment towards an unbending ruling elite whose only consistency was the service of their own interest at the expense of the country. An intense year of hopeful protests instigated by the October 17 uprising had amounted to little change. Most of us were fatigued, some nursing their defeat and battling numbness, and yet others yearning for the next moment of protest that would, in the least, sustain remnants of hope towards change.

As two anthropologists familiar with Lebanon through our professional and personal lives, we wanted to create an ethnographic record of the intricacies of the turbulent times we were living. We wanted to focus on people ‘living in’ (Moghnieh 2017)[1]Moghnieh, L. (2017). “The violence we live in”: Reading and experiencing violence in the field. Contemporary Levant, 2 (1), 24-36. DOI: 10.1080/20581831.2017.1318804 the crisis and privilege their voices and experiences. But how to capture extraordinary moments when we are in the eye of the storm, consumed by fixing facades of broken glass and managing life with everyday power cuts?

Our project aspired to chronicle the fluctuating textures of everyday life before our experiences became too routine to deserve attention, blending into Lebanon’s sea of troubled normality. In Ethnographic Diaries, we sought to provide a space in which we could share our individual accounts and process, together, the events unravelling around us. We hoped that this exercise would ultimately construct a broader story that would resonate collectively as we and others read our diaries; that they would serve as a point for future contemplation and comprehension.  As researchers who have been using ethnography within the confines of academic writing, we were keen, through our collaborative project, to explore ethnographic writing as a means to transcend the divide between academic and non-academic forms of knowledge production, and to tap into ethnography’s potential for alternative and creative ways of writing. We are delighted, therefore, that our diaries found a home in Rusted Radishes: Beirut Literary and Art Journal.

Apart from a few people who knew each other through their professional circles, the twelve writers had never met. They came from different walks of life and comprised ten women and two men; Lebanese, Syrian, and Egyptian nationals; ages ranging between early 20s and late 40s; and residents of different cities and countries. Michelle co-coordinated the project from the UK, where she was spared the everyday anguish of living in Beirut but was still consumed by the concern for it, and supported the process of writing. Our group wrote and spoke in  Arabic (both standard and colloquial) and English. We explored how the shift in language opens up, at times, and closes at others, also affecting form and tone. As project coordinators, we were open to interpretation when we asked our writers to observe and document everyday life around them. We invited them to be attuned to space, materialities, emotions, interactions, journeys, ambivalences, absences, and presences.

The task of writing for a group of strangers was intimidating at first. The everyday we were hoping to pin down seemed too broken to simply reconstruct in a diary. A sense of bewilderment hindered our ability to make sense of the moment. In the midst of collapse, the act of writing, even for some of us who wrote for a living, appeared too challenging. Was writing a privilege, some of us asked? Was it a luxury that transcended Lebanon’s violent reality and the hold that its chaos had on our lives? Could we proceed without guilt over such an indulgence when we were surrounded by despair and death?

As members of the group read each other’s diaries, our relationship to writing morphed. We found that writing allowed us to face our own internal turbulences, to open up and to find relief in expression. Pascale Ghazaly felt that ‘writing is a desperate act and a glorious one at the same time. It is like when everything blurs out and we take roughly-made torches to discern where we are.’ Zainab Chamoun realised that ‘writing is a right, not a privilege. Whoever you are and no matter what skills you have, you have the right to put your thoughts into words and experiment with language. In such turbulent times, the least we can do is write.’ Writing peeled away some of our inhibitions as we delved into the murky depths of what it means to live through destruction and what it takes to reconcile with complex layers of loss and the estrangement we felt towards our upended social world. Our writing helped us survive; in a landscape of wounds, it was a ‘construction of the soul, so it recovers from its pains’  (Matar 2016)[2]Matar, A. (2016). ‘الكاتب في اللحظة التاريخية مستهدفًا وضحية’ [The Writer in Historical Junctures: A Target and a Victim]. Jadaliyya. 9 Sept. … Continue reading.

As we talked about our diary entries in our bimonthly meetings, we found solace: We were not alone in our vulnerability. Our stories connected, our observations aligned, and as our worlds shrank to the confines of our isolated bedrooms and corners of our living rooms during two lockdowns, our introspections resonated. Through small screens, power cuts, intermittent WiFi and frozen faces, we found intimacy and friendship. We expressed frustration and loneliness at our isolation. We shared anger at our politicians. We lamented the sudden exodus of people we knew, desperately seeking safer pastures and a more predictable life outside of Lebanon. We shared our acquired survival strategies that strove to secure daily services and discussed how these practices invoked war-time memories we thought we, and our parents, had forgotten. We alerted each other to spaces of beauty, hope, and imagination that chose to persist in our surroundings in spite of the overbearing sense of melancholy. And we found humour in the absurdities of re-learning to do what at one point we took for granted: filling the car with fuel, withdrawing money from the bank, or expecting an item in a shop to retain its price from one day to the next. Our individual experiences and affects began to draw together a collective picture.

The extracts presented in this issue, while they comprise only a portion of the wealth of entries from our writers, speak to these themes. Accompanied by a timeline that contextualises the events taking place in Lebanon through the period of the project (November 2020-February 2021), the diaries, we hope, will shed some light on everyday experiences in extraordinary times.


Explore the timeline and click on each day to learn more about its news. 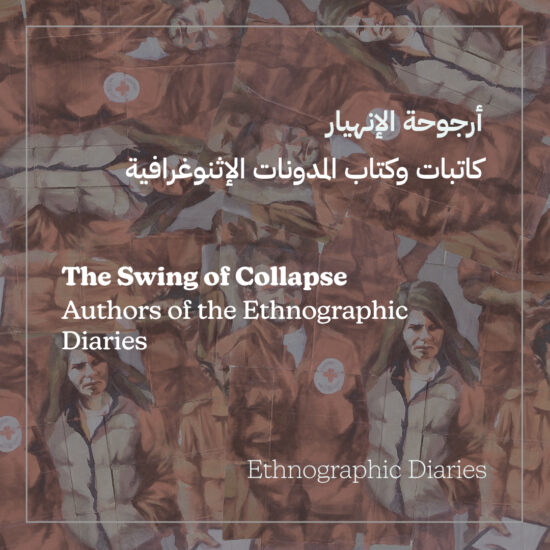 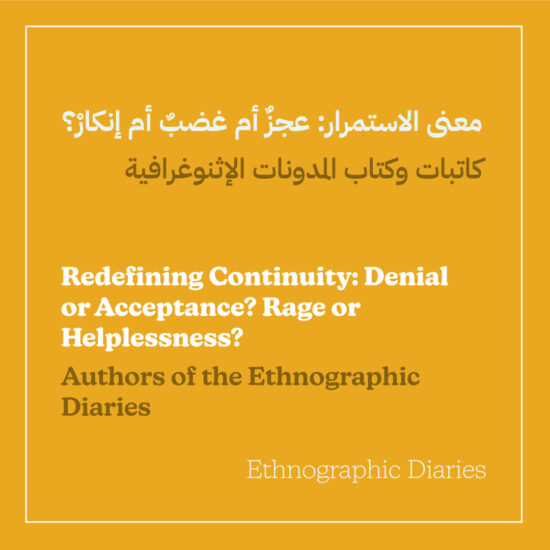 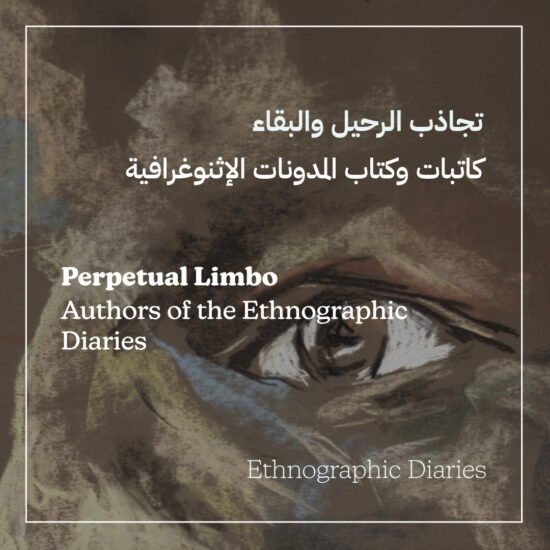 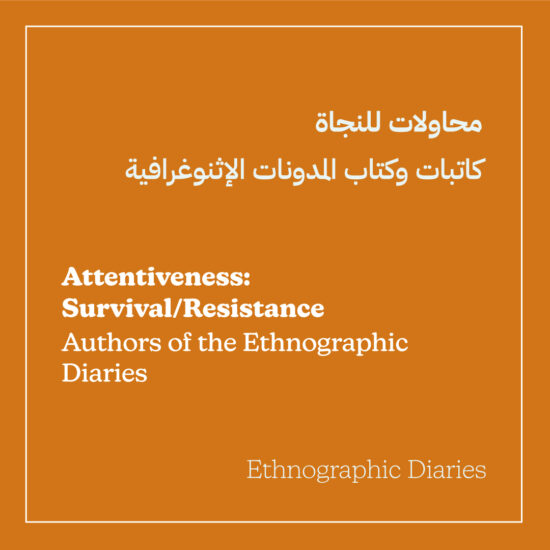 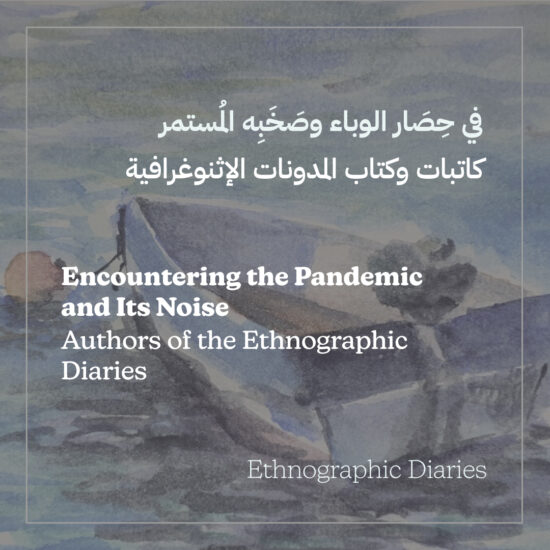 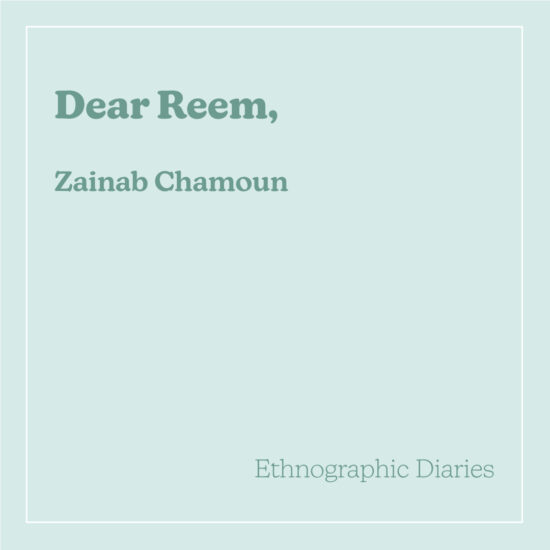 Muzna Al-Masri is an anthropologist, researcher and consultant and co-founding member of the Ethnography and knowledge in the Arab World Working Group.

Michelle Obeid is a social anthropologist at the University of Manchester. She has done ethnographic research in Lebanon and the United Kingdom, focusing on themes of postwar sociality; state and borders, displacement and home.

Aida Mukharesh is a Beiruti with roots in Yemen, Syria, and Denmark. She is currently a PhD Candidate in Sociology at the University of California, Santa Cruz, where she thinks, teaches, and writes about youth subcultures, political imaginaries, affect, gender, violence, and space.

Watfa Najdi is an architect, urban planner, and researcher focusing on the intersection between urban and refugee studies. Watfa is the project coordinator at the Refugee Research and Policy Program at the Issam Fares Institute for Public Policy and International Affairs (AUB) and the Lebanon Research Coordinator for the Refugee-Led Organizations Project at the Centre for Lebanese Studies.

Sherin Assaf is an urban planner, researcher, architect, consultant, and activist. She has a Master’s Degree in Architecture (2015) and a Research Master in Urbanism “Planning of Territories and Urban Environments” from the Lebanese University and is interested in the bottom-up approaches of planning in post-conflict communities.

Mennatullah Hendawy is an interdisciplinary urban planner. She was a doctoral fellow at the Orient Institue Beirut and received her Ph.D. in Planning Building Environment from TU Berlin in Germany on the visualization of urban planning as imaging of power. Hendawy is co-founder of The  Counter-Mapping Laboratory, and Cairo Urban AI, a project working on exploring the potentials of using artificial intelligence to develop just and sustainable cities.

Nay Elrahi is a feminist researcher, writer, and co-founder of HarassTracker, an initiative to fight the normalization of sexual harassment in Lebanon. She has been published on platforms like Assafir, Al Modon, Sawt Al Niswa and The Guardian.

Amr Dukmak is an independent Researcher. His writings are transdisciplinary and aim at grasping the complexity and continuously changing nature of civil and political actors and their actions across Syria and neighboring countries, through localizing social phenomena in the region.

Zainab Chamoun is a Lebanese journalist and researcher. Her interests lie at the intersection of community-led development, religion and politics, decolonization, and affect studies. She is passionate about collecting stories worth telling through words and photographs.

Feminist artist and researcher. Her work focuses on personal stories, documentation and the alteration of memory and spaces. She lives and works in Beirut.

Zeina is a researcher and independent consultant specializing in Development Studies and focusing recently on social research. She lives and works in Beirut.

Hammoud is a sociologist, and a child protection and non-formal education activist. He is also a researcher and has published a number of articles.

Livia Wick is associate professor of anthropology at the American University of Beirut.

This research-documentation collaboration was organized by the Arab Council for the Social Sciences’ (ACSS) Working Group on “Ethnography and Knowledge in the Arab Region” and funded by the Andrew W. Mellon Foundation.