“Science or Magic?”: A Review of The Birth of Paper 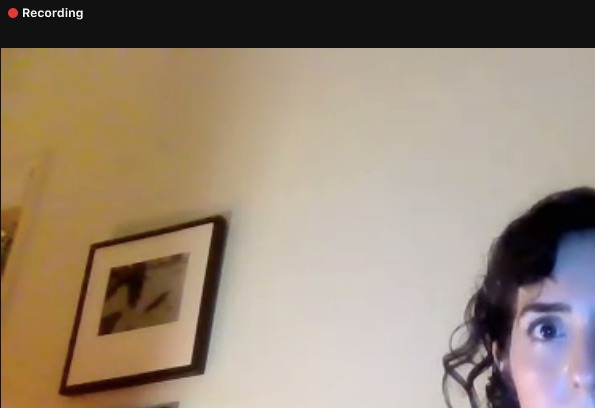 The Birth of Paper: An interactive online theater experience between Beirut and Pittsburgh
Last showing is tonight, June 29 at 1 p.m. Pittsburgh / 8 p.m. Beirut

“And here we are, together. In a space that’s imaginary and real at the same time.

How is that possible?

Who knows. Science. Magic. Both."

This is how “Molly,” played by Milia Ayache, welcomes a Zoom room full of strangers, some of whom might also be friends or family. Or frenemies. Or even “stramily” or “striends.” Connections are found as the audience is asked to ponder what kind of weather might move us from one category into the next. A storm? A squall?

If you’re lucky enough to log into this theatre experience from wherever in the world, in far-flung time zones, you’ll spend 90 minutes examining your place in the world, the connections you’ve made along the way, and those that still await you.

“The Birth of Paper”

The Birth of Paper is written around letters and care packages making their journey from Pittsburgh to Beirut, two often overlooked cities overflowing with creativity, is the last offering of RealTime’s plays-by-mail festival aptly named Post Theatrical.

Running from June 24 to 29, the Zoom-based show is an adaptation of Molly Rice’s 2003 play of the same name, now conceived around pandemic times and tailored to present-day Beirut’s dizzying accumulation of unimaginable crises.

Rice wrote the play in 2003, when she was commissioned by New York City’s off-Broadway company, The Drilling Company, to write about paper. At a launch event earlier this month co-hosted by City of Asylum and RealTime’s partner, Rusted Radishes, Rice said she was immediately drawn to the idea of “the physicality of paper”.

“Immediately my thoughts went to my love for the physical elements of writing…the romanticism but also the genesis of paper as a way to communicate from far away.” She ended the original show in New York with a quote by poet Agha Shahid Ali: “The world is full of paper. Write to me,” after which she gave each audience member an envelope with the address of her PO Box and asked them to write to her.

“I received mail for two years from those audience members…which showed the urgency of connection,” Rice recalls.

It’s no wonder she picked Beirut for Pittsburghers to connect with: It’s hard to imagine anyone needing a connection with the outside world  more urgently than the Lebanese, after a year full of accumulating tragedies. 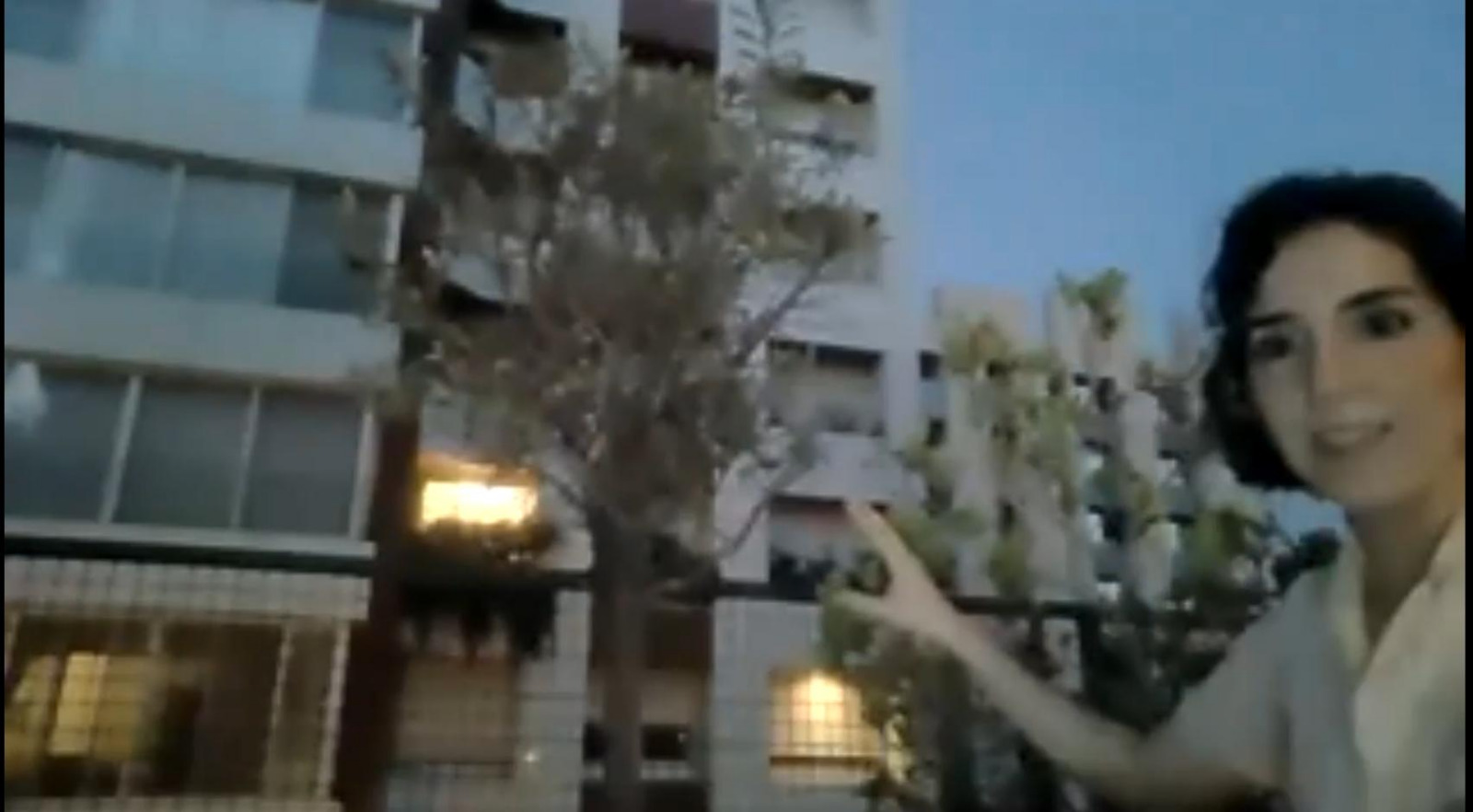 For this new staging of The Birth of Paper, Rice said, around forty volunteers-turned-PenPals in Pittsburgh and Beirut wrote letters to each other while Pittsburghers assembled care packages that were sent to Beirut. A key element of the show is watching the packages  opened, and excerpts of the letters read aloud in real time, adding to the mystery and the impact of genuine emotions displayed across the screen.

Milia offers to be Paper tonight. Someone we can all project our questions and wishes and dreams and frustrations on. Milia talks to us from Beirut. Or does she?

She lets Molly talk through her. Or are they both talking at the same time? There are many levels of her performance, both physical and emotional. We travel through space and time, and while it can be pleasantly disorienting at times, we’re always brought back to the present. Through connection. Through paper. And stories. And silence. And storms.

Of Scents and Sounds

What does Beirut smell like? A seemingly innocent question the answers to which (typed into the chat box by the audience) read like a tiny poem that breaks your heart:

We don’t have seagulls

The audience speculates about Pittsburgh. What does it smell like? How does it sound?  Does “The Paris of Appalachia” have similar smells and sounds to “The Paris of the Middle East” or whatever’s left of it? Many more parallels are drawn between the two cities, from history to hope and horticulture, as the show progresses, some of which might be known to some but are a mystery unfolded to others.

The soundscapes connect those tuning in from Pittsburgh and Beirut. The soundtracks to our lives might be different but some sounds are, yet again, those who tie us together. The same goes for scents.

The show is about paper and connections, about finding our way home, back to ourselves, even when we’ve completely lost the way.

And while some might wonder whether after 1.5 years of an incredibly rapid downwards spiral, it might be a bit presumptuous to even expect the Lebanese to have the time or mental space to even care about art, it is clear from the participants logging in from Lebanon (despite continuous power cuts and a notoriously bad internet connection) that they welcome the break. Laughter abounds, stories are eagerly shared.

Although you’d never guess by looking at the host, Milia (or is it Molly? On some level, you can sense her),  deserves props for staying buoyant and never missing a beat throughout the whole performance, which includes monologues, freestyles, interaction with the audience, and even an incredibly moving musical performance of Al Rozana, a song that is testament to times past when people waited for a delivery of goods to the Port of Beirut, a throwback to a time when food was scarce and desperation was in the air, not a feeling far from today’s Lebanon.

Milia mentioned at the launch a couple of weeks ago that it hasn’t been easy emotionally. Producers Molly and Rusty, would check in with her from Pittsburgh as the reality of everyday life in Lebanon deteriorated. The continuous currency devaluation as well as the worst electricity and gas shortage in recent times, and their effect on each rehearsal and performance, could not be ignored: “It’s a dance, an economy of what electricity can be on at the same time? If there’s a word expressing more than impossible…it’s just impossible, more challenging than any physical performance I’ve ever done. To pretend things are normal is also very grueling.”

This might be the best part of the performance. No one pretends that things are normal, whatever that may be. “Normal” has a different meaning to those in Pittsburgh than to those in Beirut. But it also has a different meaning to every single person who is part of the performance; that is to say: each and every person who logs on.

The truth is, while we all might be different in a myriad of ways, we all crave the same things. Security, joy, laughter, the ability to be ourselves, to be close to our loved ones. And what The Birth of Paper does is provide us with those things, even for just a moment.

Whether we are “bottles bobbing on the sea” or “pixel dust,” our histories and stories connect us in this Zoom room full of “tenderhearted ghosts.” 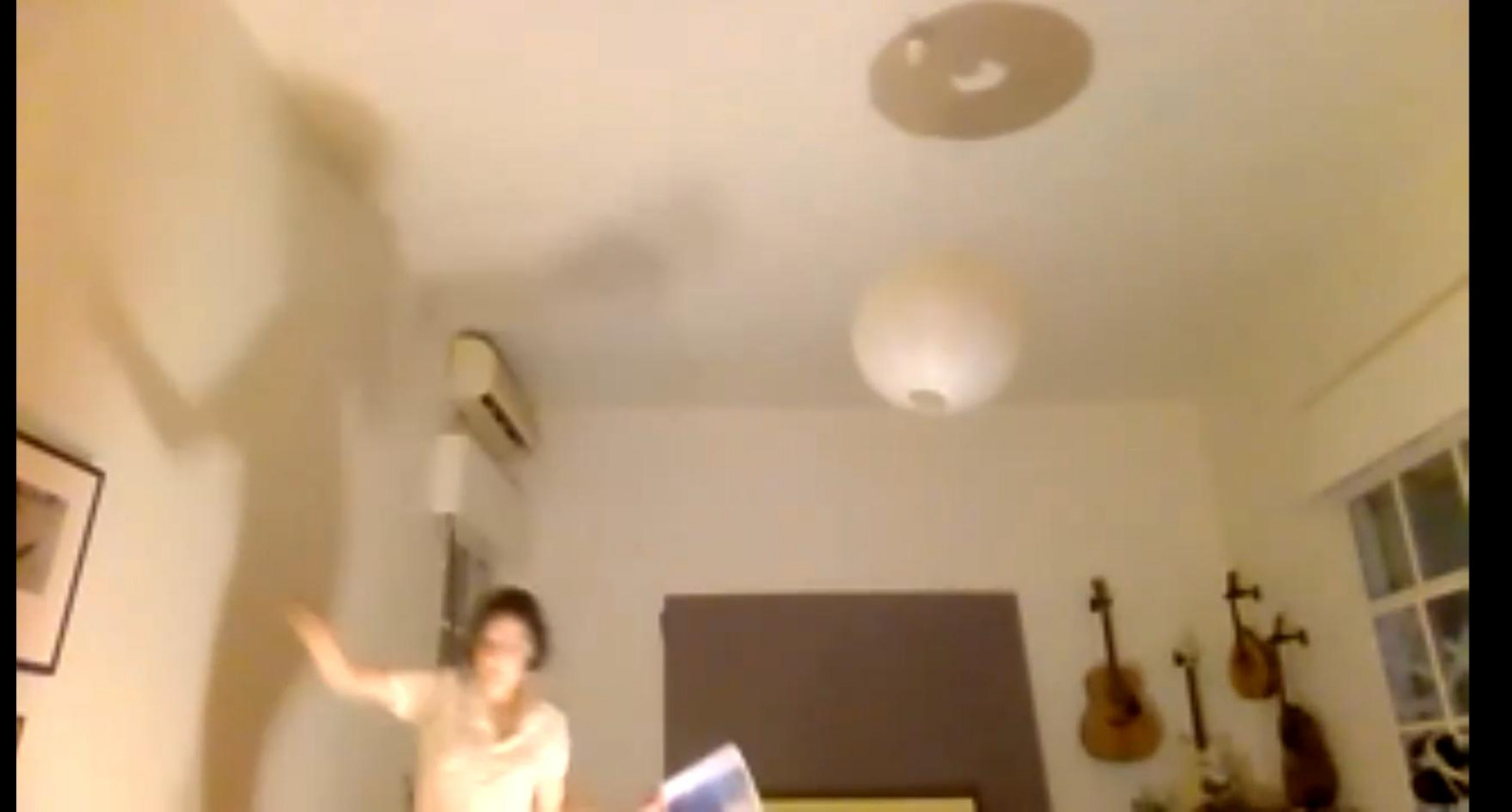 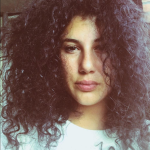 Farah-Silvana Kanaan is a journalist based in Beirut. She has reported for Dutch radio and Belgian TV and was formerly a business reporter at The Daily Star Lebanon. Her passion lies at the intersection of politics, arts & culture and social issues. She writes in English, Dutch and Italian.

Farah-Silvana Kanaan is a journalist based in Beirut. She has reported for Dutch radio and Belgian TV and was formerly a business reporter at <em>The Daily Star</em> Lebanon. Her passion lies at the intersection of politics, arts & culture and social issues. She writes in English, Dutch and Italian.

MADAME BOVARY IN TRANSLATION: QUESTIONS OF POWER, GENDER AND FAITHFULNESS