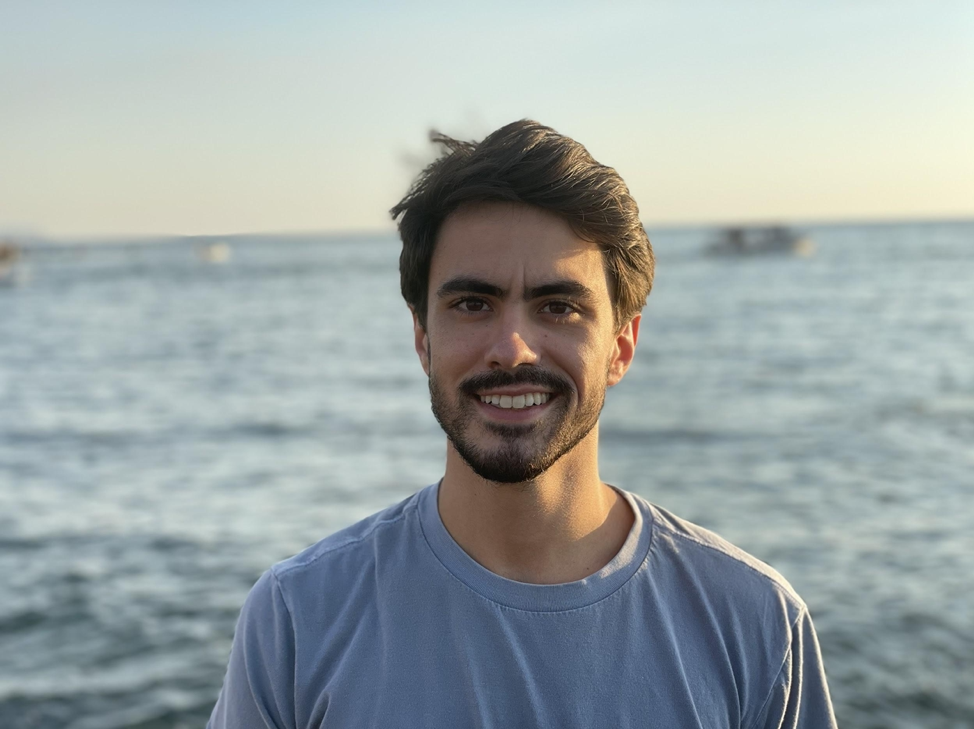 Where are you from, and what do you do?

I was born and raised in the outskirts of Boston, MA — Dedham, Massachusetts to be precise. Yet I first boarded a plane at eight weeks old to get baptized in my mother’s home city, Brussels. I spent my childhood and adolescent summers there, joining the Belgian boy scouts at a young age. On my father’s side, both his parents are American-Lebanese (born in the States, but their families immigrated from Lebanon). And in college, I propelled myself into a wonderful soul-searching journey towards reconnecting with my roots and gaining fluency (cultural and linguistic) in the Arabic language. It was not until a study abroad experience in Jordan in 2016 that I thought of the possibility of being “Arab” after a Jordanian tried to pin down “where I’m from.” So, I’m from the suburbs of Boston, the countryside of southern Belgium and Lebanon; those are the places where I feel most at home—but I’m a humanist above all.

Currently, I’m a second year Master’s student and graduate teaching assistant in the department of Arabic literature & Near Eastern Studies at the American University of Beirut. I play tennis weekly; I practice freelance journalism by photographing and writing articles on the intersection of culture, politics and economic for publications like Middle East Eye and the Associated Press. I love hiking the Lebanese Mountain Trail and escaping to the woods whenever I can. I also love watching movies, translating and writing about snap moments in haiku (trying my best to capture the KIGO).

How'd you get into writing? Is there a specific moment -- or a series of moments -- that you can turn back to and say: aha, this is when I decided I want to become a writer?

At 17-years-old, I joined a semester program on a farm in bucolic Vermont known as the Mountain School surrounded by 45 other peers. It was the first time in my life I was surrounded by such intelligent and thoughtful students, including fantastic writers, and was encouraged to proudly embrace — and not be ashamed — of my love for learning in courses such as environmental science where we memorized the variety of deciduous and coniferous trees. In particular, my English teacher had us write a weekly journal. In that journal, I wrote emotionally for the first time on my troubled adolescence, and it was also at a time when we were reading Camus’ L’Etranger and I was posing a lot of philosophical questions on purpose.

I suppose I knew then that I wanted to put words at the center of my life, but was unsure of what shape that would take. I returned to a “normal” high school in the spring of 2014 and co-founded a digital news site called the Gator, and have since freelanced from Boston, France/Netherlands, Kosovo, Turkey, Jordan, Egypt, and Lebanon. Recently, however, I stumbled upon an old journal from when I was ten years old where I professed my desire to be a journalist. Today, I much rather be known as a writer for reasons that I don’t have the space to expand upon here, but I can say that my writing instinct has been with me since a very young age.

What does being youthful mean to you? Do you believe in something like a writerly responsibility to shape your community? How do you navigate the space between artistic expression and political correctness?

Being youthful is an attitude, embodied by many in my life. Above all, my grandmother mamy Nicole (83) and my step-grandfather Nicolas (86). They inculcated in me my perpetually youthful curiosity by taking me on trips across France, Spain, Belgium and Italy in my youth and then accompanying me to Kosovo in the summer 2018. Despite arriving at 2 AM, they were keen to visit a bar and then awoke with me at 6:30 AM the next day to visit an Ottoman fortress.

It also means acting on your instincts in an unabashed way, in other words: walking, reacting and writing about life sans filter. Of course, this is especially tough to do when so many people pay the price of honest criticism with their lives. It’s also a tough balance in a world filled with undead horrors of the past, from colonialism (settler colonialism), fascism, and racism that are palpably being reckoned with in the present. Over self-consciousness is inhibiting but I think by being as specific as possible and using real-life experiences to achieve the ‘iconic space’ only I can write from allows me to evade “political incorrectness.”

Youthfulness is also something that you must actively cultivate so that it becomes a mode of being. It means not being too quick to judge, or heart-hardened by a few rotten bad apples, but approaching life with a sort of boyish insouciance. I no longer think that the artist has a commitment and should be engaged in the Sartrian (or more specifically Zola J’accuse sense): making art for one specific cause – although I respect that. I also don’t believe in ‘art for arts sake.’ I’m very much inspired by what the Lebanese writer Rachid Daif told me: Every professional should do his job with as much earnestness and sincerity as he can muster—and love. I think that’s the most honest sort of commitment I can articulate.

What are you obsessed with, and do you think obsession is an inhibiting or an essential part of the creative process? What is most conducive to your writing process? This could be anything: sitting underneath trees / listening to a song / overhearing a conversation. I’m just curious what in the world makes you want to become a river of words.

I’m obsessed with recording. I jot down irksome conversations with taxi drivers who think I’m going to hell because I’m not of their religion, descriptions I like from art exhibitions at museums like the Egyptian collection at the MFA, poetic sentences or aphorisms or anecdotes from my grandmother or the grocer or the porter (in French, Arabic or English—so I am preoccupied with writing across languages). Now a-days, I think it’s less imposing to take notes on an Iphone (something everyone is used to) in front of “your subject” then to have a notebook — so my small, old fashioned pocket notepads have recently been replaced with the notes section on my iPhone — just like my digital camera has been replaced. And I am obsessed with it.

I am obsessed with this form of documentation which impels me to write…to write lest I forget. I have a mediocre memory and I think my writing stems from this desire to archive traumatic family history and personal stories that no one seems to give a crap about but that deeply affect me and that risk being forgotten. And hopefully they will resonate with readers, too.

What would you want your body of art to do in the spaces it occupies/sits in? How does the way you write relate to the way you move through life?

I want my writing to provoke, shock, slap people in the face and wake them up from their parochial worldview slumber with an ice cold bucket of water so that they metamorphosize into more expansive, generous, open-minded souls – just like good literature hopefully does. Okay, perhaps that is too lofty of a goal. I just want my prose to be good to the extent, as George Saunders says, to engage readers to move from one sentence onto the next sentence.

For better or worse, I think a lot about religion (Islam and Christianity mainly), suicide and a life worth living, language and power, the elderly, class and sex. I think there is still so much narrowmindedness that needs to be combatted, and so my writing in some ways, albeit not always directly, hopes to provide a social critique against prejudiced thinking. As I navigate life, writing follows me in my daily practice of morning reading, or when I watch films (thanks to my mentor Tom Gilroy), or even when I am on a walk or conversing with others. In that way, my work and the possibility for work is ever-present, like a journalist on-call covering breaking news. In the middle of the night, I might even have an idea that I need to write down (known as a Nayazk, or meteors, in Arabic). But I think this obsession to reflect seriously upon life and create is what binds the global community of artists navigating this incurable thing called life.